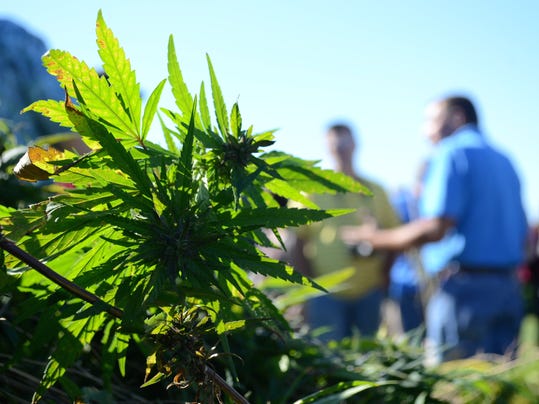 Under Rep. Jim Lucas’ House Bill 1137, acres of the green leafy plants could be intermingled with rows of corn across family farms in Indiana. Currently only researchers at institutions are allowed to grow the plant, and are unable to do so for commercial purposes. Only Purdue University researchers are growing the product in the state.

The provision could see some push back in the Senate, or from individuals like Attorney General Curtis Hill, who has been outspoken against marijuana legalization.

The Indiana House and Senate appear to be on the same page when it comes to legalizing cannabidiol, a product derived from hemp. However, permitting the growth and manufacturing of hemp would take its legalization a step further.

Many senators were already reluctant to vote for a bill last year that legalized CBD oil for epileptic patients. That measure passed by a 36-13, compared to the unanimous vote in the House.

Proponents say House BIll 1137 is a “jobs bill” and could lead to economic growth, while opponents worry about the legality of growing a plant with some similar properties to marijuana.

“Everything I’ve seen says industrial hemp is probably a harmless crop,” Senate leader David Long said. “I have no problem with that, I’m just not sure the federal government issue isn’t still holding us back.”

Under Kentucky law, farmers can apply for a permit to grow and manufacturer industrial hemp and sell it for various products, such as CBD oil, hemp seed oil and fiber for car manufacturing.

The farm bill permits “marketing research” but also says hemp shouldn’t be grown “for the purpose of general commercial activity.”

The Kentucky Department of Agriculture says its program follows federal law, but others in the industry aren’t so sure.

Indiana would face the same legal question if this bill passes the Senate and is signed into law.

The passage of the law could also be another step towards marijuana legalization, in the eyes of some social conservatives. Already the Indiana House unanimously passed a resolution to study medical marijuana, a unprecedented move for the GOP-led chamber.

The average Hoosier would be unable to differentiate between industrial hemp or marijuana, Beckerman said. Both are leafy and green and both can have a potent smell.

She also said someone could easily hide a marijuana plant in a field of hemp.

Despite legal concerns, Kentucky’s Department of Agriculture has pegged its program as a success. In 2017, Kentucky handlers grew 3,200 acres of hemp in 74 counties.

“Because of the research conducted by our growers, processors, and universities, I am more optimistic than ever that we can put industrial hemp on a path to widespread commercialization once Congress removes it from the federal list of controlled substances,” Kentucky Agriculture Commissioner Ryan Quarles said in a press release.

Hemp experts say the product could have the same potential in Indiana, once farmers figure out how to properly grow the product.

Indiana is already seen as an agriculture leader and is one of the top 10 agriculture producing states.

“In the long term I think it’s something that will allow our agriculture base to diversify and that’s always a good thing,” Beckerman said. “I think there’s a possibility of different industries developing from this.”

For example FlexForm Technologies, an Elkhart company, manufacturers mats and panel products. Currently the company has to import hemp. That could change if Indiana farmers start growing the product.

Another company, Healthy Hoosier Oil, could use the cold press seed processing they already use to make sunflower seed oil, on hemp seeds to create a food-grade oil.

Another issue lawmakers and lobbyist acknowledge they’ll have to solve is educating the public enough to understand the difference between the two plants.

“Industrial hemp has been misaligned with marijuana for the past 70 years or so,” said Justin Swanson, representing Indiana Hemp Industries Association. “It’s time for Indiana’s actions and policies to reflect the fact that industrial hemp is not marijuana and allow the reemerging market to thrive in Indiana once again.”  CONTINUE READING… 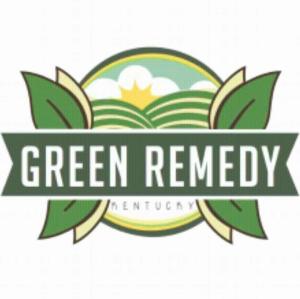 Green Remedy was founded by three independent Kentuckians that built one of the first vertically integrated CBD extraction facilities.

Even more impressive is that they built a brand to go with it which is Kentucky’s own GREEN REMEDY.

From seed to the consumer, all under one roof and proudly manufactured in Louisville, Kentucky!

Thanks for supporting Kentucky Hemp!

How can we earn your business?

Sacred Seed Farm is the ongoing tale of a family and their return to the land but most importantly the plant which was used to do it which was industrial hemp!

Industrial Hemp is a Kentucky heritage crop and is leading the State into a new economy and creating new opportunities. We are proud to be a part of that as we cultivate this amazing hemp plant and provide clones into the market. Our Farm is a tool – to be used to help other farm families in Cave City and Barren County Kentucky!

We are looking forward to meeting you!